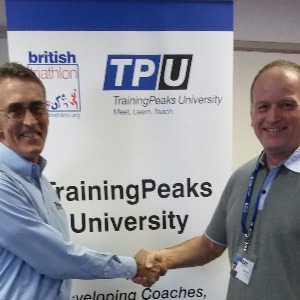 Brian Butler Natural Ability Performance Coaching and Racing
Have a Question? - Contact Me Contact Me
Coach Summary Coach Package Pricing Meet Your Coach Contact
Coach Summary
Refund Policy
Plans are protected by our Refund Policy and may, with the author's approval, be exchanged for a plan of equal value from the same author.
Location

I provide monthly training programs built around the athletes life style, and commitments. Through TrainingPeaks I have coached all age groups from beginners using perceived level of exertion through to advanced/elite athletes who prefer data analysis in the sport of triathlon and associated swim,bike,run sports, through all triathlon distances from Super Sprint to Ironman.

'I strongly believe that an holistic approach to coaching is the key to maximising the athletes progression'.

I am the Owner/Coach of Natural Ability Performance Coaching and have been involved in triathlon for over 24 years both racing and coaching.

Competing at all distances and racing for the Great Britain Age Group Squad at Standard Distance, I now prefer the longer distance races with Lanzarote Ironman being my favorite race.

I am extremely passionate about athletes reaching their goals and potential.