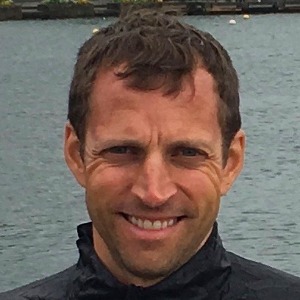 Nathan Wadsworth Elite Training Solutions
Have a Question? - Contact Me Contact Me
Coach Summary Meet Your Coach Contact
Coach Summary
Refund Policy
Plans are protected by our Refund Policy and may, with the author's approval, be exchanged for a plan of equal value from the same author.
Location

Sport Types
Services
Athlete Requirements
I work with all ability levels and thoroughly enjoy seeing my clients succeed and surpass their goals.
Meet Your Coach

My areas of expertise include running, cycling, and triathlon. My services include personal coaching, functional training, stretching, lactate threshold and power testing, as well as running technique analysis. I offer in person and online coaching and training services.

At the age of 9, I began participating in track and field. This ignited a real joy for running, cycling and triathlon. Early in my career, I participated in AAU tack and field qualifying for nationals in the 1500 and 3000 earning podiums in both. I participated in the Iron Kids Bread Triathlon Series making it to nationals twice, placing top 3 in the 14 year old division. In High School, I began to focus on distance running. I won two Kansas State High School 5A Championships in the 1600 and 3200 meters. As a scholarship athlete at Wichita State University, I won two Missouri Valley Championships in track and was a provisional NCAA qualifier in the 10,000 meters. Post collegiately, I qualified for the Olympic Trials Men’s Marathon at Chicago in 2006. Two career highlights include placing 21st overall at the 2007 Boston Marathon and participating in the 2008 Olympic Marathon Trials.
5 years ago, I shifted my competitive focus to gravel cycling. During that time I have completed over 50 gravel races ranging in distance from 30-200 miles. I have overall wins at races such as The Hondo, Opal Wapoo, Wicked Wilson, The Hemi, and the Rage Against the Chainring Series 2018-19 as well as many podium finishes including age-group podiums at the Dirty Kanza 200 in 2015 and 2017.
I started my coaching and training business, Elite Training Solutions in 2011. I am a Wichita State University graduate, and I received my Masters of Education in Exercise Science in 2007.