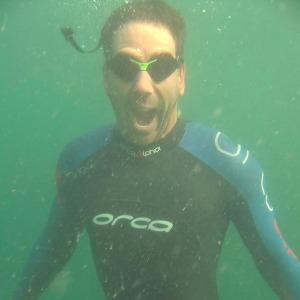 I have been an active participant for almost 40 years.
I have competed in the World Championships at an age group level in 1993 & 1994. In 1995 was an Elite for Olympic Distance triathlon.
I was also selected for duathlon and long distance triathlon.
Represented Polar Heart Rate monitors for 5 years, so the measure of all my training programs is Heart Rate based.
First qualified as a coach in 1993.
I studied Human Movement Science at the University of Pretoria 1991 to 1994.

I take a long term approach to all training programs; goals for 1, 3 and 5 years will have to be set.
I am pedantic about correct form and injury prevention. I am insistent on "Getting the basics right".

I survived through the era of massive over distance training without falling prey to it. My training philosophy has always been centred around controlled interval training, building efficiency and confidence over time.
All sessions are to be measured so that changes can be instituted quickly to keep you improving.

There are no "cut-and-paste" training plans, each athlete gets their own individualised program.