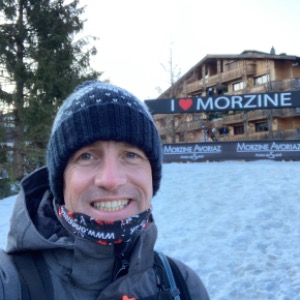 A keen triathlete Michael has competed since 2004 and represented GB at many international events; his results include national medals in Aquathlon and a top 20 placing at the 2008 World Lond Distance Championships. A Level 3 British Triathlon, Level 2 British Cycling Coach, UK Athletics Running Coach and and Open Water Swimming Coach with over 10 years coaching experience which includes working with the RAF Triathlon Squad and several of Triathlon Englands Region Academies. Michael was one of ITU Continental Technical Officials at the London 2012 and Nanjing 2014 Olympics. His athletic stature is highly regarded with the RAF sports community with 3 RAF Sports Personality awards in 5 years and the 2013 Combined Sports Official Award.

Individual Services
Training Plans
Showing 3 of 20 plans View all plans
Plan Level Guarantee
Plans are protected by our Refund Policy and may, with the author’s approval, be exchanged for a plan of equal value from the same author.
View all plans
Have a question? Contact me.