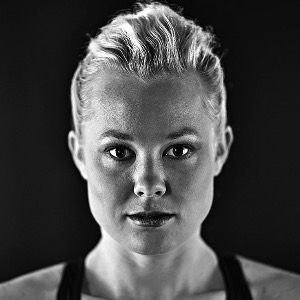 Missy Erickson Big Picture Cycling
Have a Question? - Contact Me Contact Me
Coach Summary Meet Your Coach Contact
Coach Summary
Refund Policy
Plans are protected by our Refund Policy and may, with the author's approval, be exchanged for a plan of equal value from the same author.
Location

From the very first client, we had a vision: train smarter, be cutting edge & take the road less traveled. BPC’s approach values intelligence & quality in every aspect of training instead of sheer quantity. More is not always better but training smart is. It's that approach that still drives everything BPC does every day. Our approach has delivered BPC’s athletes 19+ World Championship Titles, 11+ World Records, 83+ National Championship Titles – we must be doing something right!

Missy began cycling at the age of 15 in her home state of Minnesota. As a Jr. athlete, she won national championship medals in the ITT & Crit, before being awarded a 4 yr full-ride scholarship, to attend Fort Lewis College. As a collegiate athlete, she won 35+ national medals between track, cyclocross, & road. In 2011, she qualified for the Collegiate All-Star team.

After graduating from College in 2012, Missy began training as a track sprint athlete, moving to Los Angeles, CA. After 8 months, she was named 1 of 2 sprint female athletes to represent Team USA at the Pan Am Championships in Mexico City, where she set a US National Record alongside Maddie Godby. Since then, she has been a resident at the Olympic Training Center in Colorado Springs, competed in 7+ countries, won 20+ UCI events, 6 elite national titles, set multiple track records, a national record, & won a UCI track world cup medal. She was part of 4 Pan American Championship teams, 3 track world cups, & competed as the first US Sprint woman at a world championship in over 8 years. She is an experience road, track, cyclocross, & mountain bike rider, across the junior, collegiate, & elite level. She was named to the 2016 Olympic Long Team.

In 2015, Missy was forced to stop training due to injuries in a crash, and has now turned her attention towards full time coaching with BPC, & has opened her business ERO Sports Pennsylvania, as a bike fit specialist & aerodynamics engineer.