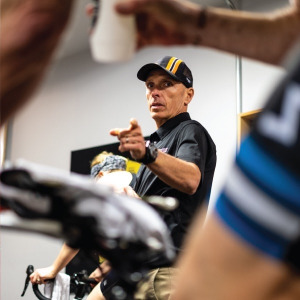 Mike Neill Human Powered Racing
Have a Question? - Contact Me Contact Me
Coach Summary Meet Your Coach Contact
Coach Summary
Refund Policy
Plans are protected by our Refund Policy and may, with the author's approval, be exchanged for a plan of equal value from the same author.
Location

Coaching - Whether shooting for the podium in Kona or racing to the finish line of your very first sprint, Mike will design a fun, sensible and challenging training plan that will allow you to achieve your goals!
Consulting - Sometimes athletes need a few tweaks to a program: race execution, race nutrition, race planning, technical corrections.  This is where Mike's 25 years of experience can be a resource that can help set an athlete back on track or on a path to breakthroughs in performance.

Mike Neill is a former professional Triathlete with 26 Ironman finishes over a 15 year career, including 11 Ironman World Championships where he was the top placing Canadian for 4 straight years from 2006 – 2009. Mike was named Triathlon Canada’s Elite Long Distance Athlete of the year in 2006. Mike is the founder and has been the Head Coach of Human Powered Racing Canada since it’s launch in 2006.

Originally from Kingston, Ontario, Mike has been involved in the sport of triathlon since 1994 and began his coaching career with the Queen’s University Triathlon Club in 1998. Since that time he has gone on to coach the Commonwealth Triathlon Club, Island Triathlon Club, Tyee Masters Swim Club as well as coaching a number of Triathlon camps both locally and internationally. Mike is an NCCP certified coach who uses his many years of racing and coaching to provide a dynamic and interactive coaching style to athletes of all ages and abilities.