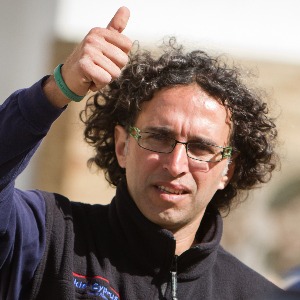 Mike Hadjioannou BikinCyprus
Have a Question? - Contact Me Contact Me
Coach Summary Meet Your Coach Contact
Coach Summary
Refund Policy
Plans are protected by our Refund Policy and may, with the author's approval, be exchanged for a plan of equal value from the same author.
Location

Mike Hadjioannou is an experienced cycling coach specializing in Mountainbiking and Road racing. He owns a University Diploma in Coaching and and also a UCI diploma for Cycling coaching!
His athletes top achievements are 3 participations in the Olympic Games. First time was in Athens 2004 in the Women's MTB race and in London 2012 in the Men's MTB race. In Rio 2016 its the first time that one of his riders has qualified for the Women's Road Race.

Cycling athlete for 32 years and Cycling coach for 20 years.
I have numerous wins in National competitions as well as international podium finishes.