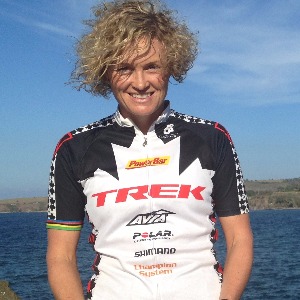 Melanie McQuaid MelRad Multisport
Have a Question? - Contact Me Contact Me
Coach Summary Meet Your Coach Training Plans Contact
Coach Summary
Refund Policy
Plans are protected by our Refund Policy and may, with the author's approval, be exchanged for a plan of equal value from the same author.
Location

Sport Types
Services
Athlete Requirements
A great attitude, open to change, and enthusiasm for learning and challenges.
Meet Your Coach

I have been racing professional since 1993 and a coach since 2004. I started as a World Cup XCO mountain bike racer but have competed at the top level of mountain biking, road racing, and triathlon attending the World Championships as a pro in five disciplines. My MelRad Multisport Squad is a varied group of endurance athletes from around the world supporting each other to collectively achieve their goals. I help athletes find personal bests no matter their age, ability, or experience.

I'm a 27 year veteran professional athlete from Victoria BC. I have a BSc from UVIC.