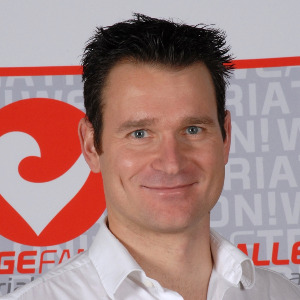 Matthias Fritsch Professional Endurance Team
Have a Question? - Contact Me Contact Me
Coach Summary Meet Your Coach Contact
Coach Summary
Refund Policy
Plans are protected by our Refund Policy and may, with the author's approval, be exchanged for a plan of equal value from the same author.
Location

Matthias starts with Triathlon 1992 in the age of 17. Living in Roth next to Ironman Germany and now Challenge Roth, it is no wonder to get in contact with this fascinating sport.
Soon Matthias begin to train for long distance triathlon with the goal to start at his home event in Roth.
Because he was too young for starting in Germany his first long distance race was Ironman Lanzarote 1995 with finishing in 5th place at his age group. His first finish in Roth was 1996 and after these two races he was so fascinated and racing goes on.

As an athlete, Matthias competed in over 25 Ironman and Challenge races, including three competitions in Ironman Hawaii and 10 competitions in Ironman / Challenge Roth. In his career, he won a few podium places in his age group and was able to win the German championship over the long distance in the team classification twice with his team members.
With his team Matthias started three years in the 1st German Triathlon league over the Olympic distance.

1998 he starts to study sports science at TUM Munich with major subject triathlon. In 2004 he graduated with a diploma. Meanwhile Matthias also acquired his coaching certificates (C + B Trainer DTU).

Today Matthias coaches between 40 to 50 athletes during one year to prepare for their individual goals.