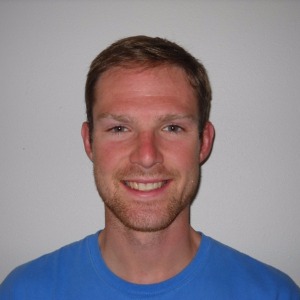 Matt Sheeks Pro Triathlete Tritheos
Have a Question? - Contact Me Contact Me
Coach Summary Meet Your Coach Contact
Coach Summary
Refund Policy
Plans are protected by our Refund Policy and may, with the author's approval, be exchanged for a plan of equal value from the same author.
Location

My goal is to help you get fast!

As for myself, I used to be pretty average. However, I didn't stay average. I quickly discovered the two most valuable principles in endurance sports that led me to become a 14:00 5k runner and eventually a pro triathlete.

Now I am a Seattle based triathlon coach and can help you apply the same principles. No matter where you live, we can work together to create a combination of on-line and in-person coaching to suit your needs.

I started in endurance sports as a bike racer. Back when I was younger, I competed in road races, track races, and stage racing before I began running.

My high school XC coach convinced me that I could be a good runner if I applied myself. I switched to running and was able to run on scholarship at University of Portland, eventually improving my PRs to 14:04 in the 5k and 29:14 in the 10k.

As a runner, I discovered the two most important principles for success in endurance sports that allowed me to surpass athletes of equivalent talent while at UP. I now apply these principles for every athlete I coach.

My running skills weren't enough to ever be world-class, however. In 2009 I decided to give triathlon a go. I had qualified last in my qualifying race for Duathlon Worlds, but out of nowhere I won the World Championships which sparked my triathlon career.

In the 2012 edition of Ironman St. George the wind was absolutely terrible and led to a 37% dropout rate - the highest recorded dropout rate in Ironman history. I managed to keep my cool and ended up having the fastest run of the day and finished 5th overall. It was the greatest sense of accomplishment I have ever felt.