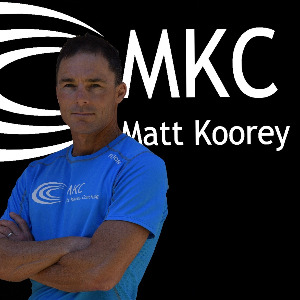 Sport Types
Services
Athlete Requirements
A willingness to embrace the method, and do the work.
Meet Your Coach

Matt Koorey is a World Class triathlon coach, with 20 years experience as a full-time coach, and 38 consecutive years as an elite level triathlete.

He applies an exceptional level of service and depth of knowledge to take athletes to performance levels they never thought possible.

​Matt works with a strictly-limited number of athletes that are committed and driven to dramatically excel.

​Get in touch to discuss if you might meet the requirements for your application to be considered.

Matt Koorey is a coach, mentor, and athlete who has competed at the highest level.

He has learned from some of the best coaches in the world, including a 3-year mentorship (2011-2014) under the legendary Brett Sutton, once labeled the 'winningest coach in the sport'.

He has worked with all levels of athlete, from novices to Ironman winning professionals.

A specialist in his field, Matt has coached over 1000 athletes, including many personal best performances, and dozens of Hawaii Ironman qualifiers.

He has or is currently working with professional triathletes such as Carrie Lester, Michael Fox, Kirra Seidel and Carl Read.

Olympic Gold Medal winning coach, Chris Pilone, has said that "Matt Koorey is the most under-rated coach in triathlon".

As an athlete, Matt represented Australia at the 1990 Commonwealth Games in triathlon, taking 8th place at just 20-years of age. Now competing as an age-group triathlete, he continues to win many titles in his category over the 70.3 and Ironman distance.

"Athlete's need to have the mindset and patience to firstly believe in, then consistently execute on, the work that's required to go to the next level. A natural consequence of this is a warrior athlete."