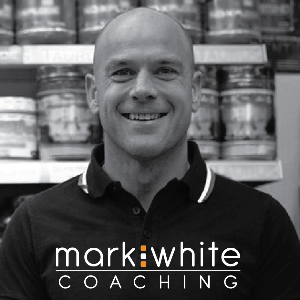 Mark White Coaching www.markwhitecoaching.com
Have a Question? - Contact Me Contact Me
Coach Summary Meet Your Coach Contact
Coach Summary
Refund Policy
Plans are protected by our Refund Policy and may, with the author's approval, be exchanged for a plan of equal value from the same author.
Location

Sport Types
Services
Athlete Requirements
I accept all standards, from complete beginner to seasoned athletes looking for improvements in personal best times and World Championship qualification. All I ask is patience & determination.
Meet Your Coach

Master Coach at TrainingBible UK since 2007 and successful coach of both male & female athletes from all over the world. Mark gets great satisfaction helping others realise their sporting potential & dreams.

As an athlete Mark has been competing since 1990. Well known on the UK and International triathlon circuit, Mark has completed over 23 Ironman Triathlons, has an Ironman PB of 9 hrs 6 mins. Qualifying for the IM World Championships in Hawaii 4 times, racing Kona twice.

With an outstanding background as both an elite and age group triathlete, Mark has over 25 years of racing experience. Not only in triathlon, but also in cycling time trialling, sportive riding and long distance running, both on and off road. He also has over 12 years coaching experience. Mark White Coaching brings both passion and expertise to triathlon, cycling and running events, helping you believe and achieve!

Whether you are a beginner or seasoned athlete who wants to up their game, Mark White Coaching offers a variety of plans for all distances and abilities, from Sprint and Olympic to Ironman Distance and Beginner to Age Groupers and Elite. If it's a specific area you want to improve on we can also offer individual swim, bike or run help.

Mark's athletes range from individuals who want to compete in their first trialthon, to those who want to qualify and race at Age Group World Championship level. Athletes coached by Mark continually achieve successful results over all standards and distances, including regular qualifications at Age Group World Championship level.

Alongside individual coaching, Mark also offers additional services for clubs and centers such as group sessions, presentations and lectures.

Mark White Coaching also has its own race team, known as 'Mark White Coaching RT'. All coached athletes are entitled to race under this BTF affiliated team. Look out for team members at your next event and come over and say Hello!