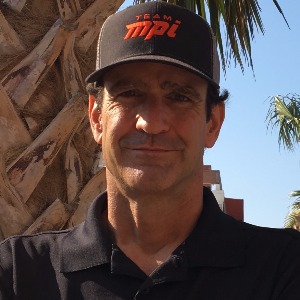 Mark Sortino Team MPI
Have a Question? - Contact Me Contact Me
Coach Summary Training Plans Meet Your Coach Contact
Coach Summary
Refund Policy
Plans are protected by our Refund Policy and may, with the author's approval, be exchanged for a plan of equal value from the same author.
Location

Sport Types
Services
Training Plans
Showing 1 of 1 plans View all plans
Plan Level Guarantee
Plans are protected by our Refund Policy and may, with the author’s approval, be exchanged for a plan of equal value from the same author.
View all plans
Meet Your Coach

Mark Sortino is a USA Triathlon Level III Coach & Paratriathlon Coach, USA Cycling Level II Coach, F.I.S.T. certified bike fitter and certified USAT Race Director. Mark has coached Paralympic Triathletes and Cyclist, Ironman 70.3 and Ironman World Championship qualifiers along with National and World Champion ITU Paratriathletes. Mark was featured on the USA Triathlon Magazine cover and featured article for their 2017 Winter edition, was USAT Paratriathlon 2017 Coach of the Year and was the 2016 Paralympic Head Coach for Team USA and also coached 2015 ESPY winner Krige Schabort. He contributes columns to Beginner Triathlete and Triathlete Magazine and is featured coach in the Endurance Films TriMinds series. Mark is also a US Veteran having served 20 years in the US Navy as a Naval Flight Officer and is graduate of the US Naval Academy. Mark is a 16-Ironman and 3-time Kona finisher and is the co-founder and CEO of Team MPI. Mark can be reached via email at mark@teamMPI.com. Learn more at www.TeamMPI.com