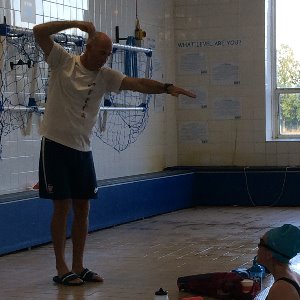 Mark Peacock Marks Tri Training MTT
Have a Question? - Contact Me Contact Me
Coach Summary Meet Your Coach Training Plans Contact
Coach Summary
Refund Policy
Plans are protected by our Refund Policy and may, with the author's approval, be exchanged for a plan of equal value from the same author.
Location

Sport Types
Services
Athlete Requirements
beginners to competitive people welcome , dont be afraid to have a go , heart rate monitor would be ideal but not totally necessary as we can always work to perceived effort.
Meet Your Coach

Hi , Since i began my coaching journey i have been coaching a mix of juniors and adults , this has given me experience in coaching people at both ends of the scale from people who are absolute beginners to very capable athletes.
I have coached 1:1 with athletes covering distances between super sprint and full iron distance
I strongly believe that there is no such thing as a silly question especially for beginners and i am here to help with any queries without you having fear of embarrassment.

I started as a parent helper with the junior triathlon club that my daughters were members of and progressed from there to British triathlon level 1 coach to 2 then Level 2 diploma which enables me to coach on a 1:1 basis, i have also completed strength and conditioning and open water coaching training with British Triathlon.

I used to compete but the coaching role has become bigger and bigger and i get more enjoyment now from watching my athletes improve and achieve things they previously thought impossible.

My proudest moments so far are seeing juniors i have coached competing for our regional academy and doing great things in the sport.

The more i coach 1:1 the more it becomes apparent that to do the best job for that person getting to know them is key and asking the right questions is an important tool to discovering what makes that person tick to get the best outcome for them.

Its important to me that i am deemed to be open and approachable and i believe in keeping things simple and easy to understand.

Preferred Athlete Levels
Beginner, Intermediate, Advanced
Training Plans
Showing 3 of 3 plans View all plans
Plan Level Guarantee
Plans are protected by our Refund Policy and may, with the author’s approval, be exchanged for a plan of equal value from the same author.
View all plans
Have a question? Contact me.