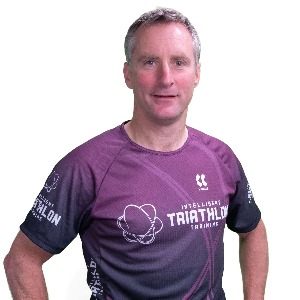 Mark Pearce Intelligent Triathlon Training
Have a Question? - Contact Me Contact Me
Coach Summary Meet Your Coach Training Plans Contact
Coach Summary
Refund Policy
Plans are protected by our Refund Policy and may, with the author's approval, be exchanged for a plan of equal value from the same author.
Location

I use a blend of data from modern tools such as power meters, in conjucntion with WKO5 and qualitative feedback from the atheltes. The majority of my clients are midlde or long distance athletes.

You dont have to be interested in the data, but you have to be willing to capture it, and allow me to use it.

I am physiologist by education, working as Performance Scientist for British Triathlon's Olympic programme from 2002 - 2010, through Athens and Beijing Olympics.

In 2010 I became head coach for the High Performance Centre in Loughborough, and led that until 2014 when I left to develop Intelligent Triathlon Training. During this time I coached Lucy Hall through London 2012 Olympics. Other athletes in the squad won U23 world champs, went to Commonwealth Games in Scotland, multiple top 10 in World Series events with several different athletes.

I mainly coach Long and Middle distance athletes, using a blend of evidence based coaching, qualitative input from athletes and experience. I have coached/am coaching several Kona and World middle distance qualifiers at pro and AG level.