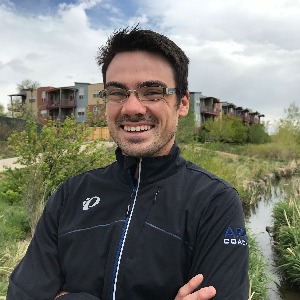 Mac specializes in time-crunched athletes and those recovering from significant injuries, two factors that have continuously played a roll in his own training.
In addition to one-on-one coaching, Mac also offers customized plans ranging from 3 months to 12 months in length for those who want optimized training without the greater commitment of monthly coaching.

Mac has worked with Neal Henderson (Founder of APEX Coaching & Consulting) since 2009 as an athlete, and as a fellow coach since 2015 after becoming a level 2 USAC certified coach. Having spent time racing internationally on the road and track while earning a degree in Integrative Physiology from CU Boulder, Mac understands the difficulties of balancing high-quality training with other full-time commitments.

In January of 2019 Mac joined Neal as Senior Physiologist in the newly founded Sports Science division of the Sufferfest app under Wahoo fitness. The main goal of this new project is to bring the latest in sports science to a wider audience.

Athletes who are willing to train hard and rest harder.