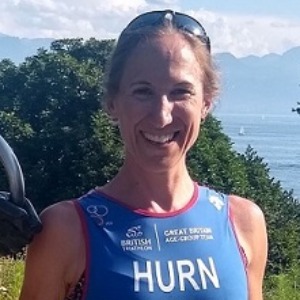 Lucy Hurn Feel Fit with Lucy
Have a Question? - Contact Me Contact Me
Coach Summary Meet Your Coach Contact
Coach Summary
Refund Policy
Plans are protected by our Refund Policy and may, with the author's approval, be exchanged for a plan of equal value from the same author.
Location

I’m a Level 3 (British Triathlon Federation) triathlon coach (1:1 and club), personal trainer and endurance athlete, and I’m passionate about helping others achieve their goals, from their first 5k run, ultra races, Ironman and beyond.

​I strongly believe that it’s not just about your time over the finish line, but how you got there. I want you to enjoy your training, and I believe for you to be happy and healthy, training must balance with, rather than compete with the rest of your life.

Lucy is a level 3 British Triathlon Federation (BTF) coach, personal trainer and sports massage therapist. She has competed in triathlon at all levels, including qualifying for the Worlds/ European championships at Olympic, middle distance and full distance, and coming top 10 in age group in her last 3 Ironman races, and has recently entered the world of ultra cycling, most recently taking part in the inaugural TransPyranees Race from the organisers of the Transcontinental Race.

She currently coaches a range of individual athletes – from those undertaking their first triathlon, building up to a 10k, through to Ironman and age group World Championships, as well as those without set goal races, but just working to build fitness in a structured and time efficient manner, whilst reducing their risk of injury.

She also coaches with several triathlon clubs in the Woking area. Before leaving London she was Head Coach with a top London triathlon club, culminating in the club being awarded BTF club of the year, and worked as a PT, specialising in triathlon, for Virgin Active, from 2014 – 2018.

She believes in a holistic approach to training, ensuring that training balances with the rest of life, rather than competing with it, coaching women as women, not 'small men', and ensuring a focus on recovery, diet and the psychological aspects of training and racing, to complement the physical training, and has organised seminars on such subjects to support her athletes.