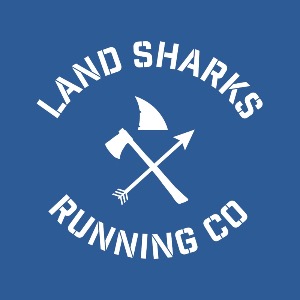 Lucas Garrett Land Sharks Running Co
Have a Question? - Contact Me Contact Me
Coach Summary Meet Your Coach Contact
Coach Summary
Refund Policy
Plans are protected by our Refund Policy and may, with the author's approval, be exchanged for a plan of equal value from the same author.
Location

At the Land Sharks Running Co. there is a set belief that we can achieve any surmountable goal. As a coach I write the workouts with the following core values in mind. We know that if you follow the plan, you will see massive gains in running ability, mental strength, and durability. Join us and help us motivate through movement.
​
CONSISTENCY. COMMUNITY. GUIDANCE. GRIT.

When I was younger, I was told I would never be a runner. As a football player, I wanted to learn how to run faster. At the time, I was an offensive linemen and was told I didn't need to learn to run. Since that moment, I strived to prove them wrong. I lost 60 pounds, joined my junior college track team, and ran the 1500 and 800. After junior college I began running in triathlons and started working on all three disciplines. I discovered I that I could compete and simply loved learning new things about the sport. Soon after, I earned my Bachelors of Science in Kinesiology. I then went into the fire service and worked up and down the state of California ,and eventually held my dream job for the Lodi Fire Department. While there, I still wanted something more. I began reading books by Jack Daniels, Matt Fitzgerald, Ben Bergeron, Alex Hutchinson, Brad Hudson, Timothy Galley, Steve Magness, and Ryan Hall. I was listening to a podcast with Ryan Hall and from that the fire was born to become a marathoner and running coach. Running alongside Ryan while asking questions about his book might be a highlight of my running career. From that day on, I've pursued coaching and letting people like me go ahead and know that you are a runner. Running is for everyone and I can help you realize that. We can make you a faster, more efficient runner.