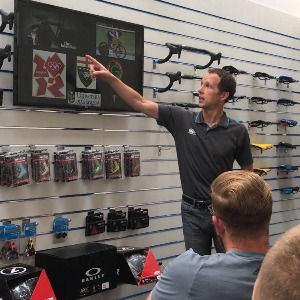 Scott Maclean Kinetic Cycle Coaching
Have a Question? - Contact Me Contact Me
Coach Summary Meet Your Coach Training Plans Contact
Coach Summary
Refund Policy
Plans are protected by our Refund Policy and may, with the author's approval, be exchanged for a plan of equal value from the same author.
Location

Scott Maclean is an international level coach and bike fitter with over 30 years experience. Coach Scott has a proven track record that spans the full spectrum of cycling levels and abilities that stretches from Olympic athletes to absolute beginners.
Scott works with all age groups and offers one to one personalised coaching and training, club and team coaching seminars, training camps, bike fits, DNA testing, nutritional planning and motivational support.

Preferred Athlete Levels
Beginner, Intermediate, Advanced, Professional
Training Plans
Showing 3 of 26 plans View all plans
Plan Level Guarantee
Plans are protected by our Refund Policy and may, with the author’s approval, be exchanged for a plan of equal value from the same author.
View all plans
Have a question? Contact me.