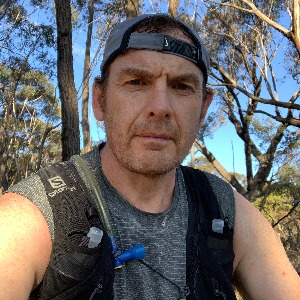 Ash Daniels Journey2Ultra
Have a Question? - Contact Me Contact Me
Coach Summary Meet Your Coach Contact
Coach Summary
Refund Policy
Plans are protected by our Refund Policy and may, with the author's approval, be exchanged for a plan of equal value from the same author.
Location

Ash has completed numerous Ultra Marathons and Trail races, building significant experience on what is required physically and mentally to finish. Backing up this experience with a thirst for scientific knowledge around endurance sports, he can develop training plans for people of all experiences.

Now wishing to impart that knowledge, Ash now coaches runners of all abilities. Based in Sydney and happy to work with anyone globally.
Ash started his own Journey2Ultra in the UK by completing the arduous Royal Marines Commando course. During this time he deployed to a range of hostile environments including the Arctic, Jungle and Desert. Giving him excellent insight on how to operate in these tough conditions, mental resilience and the requirement for the right equipment and training, needed to compete in Trail, Mountain and Ultra Marathons.