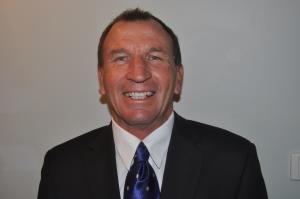 JOHN HICKEY trihickey sports coaching
Have a Question? - Contact Me Contact Me
Coach Summary Meet Your Coach Contact
Coach Summary
Refund Policy
Plans are protected by our Refund Policy and may, with the author's approval, be exchanged for a plan of equal value from the same author.
Location

Sport Types
Services
Athlete Requirements
My athlete must want to improve and be or become a decent person.
Meet Your Coach

Currently coaching multiple sports in Ngukurr in South East Arnhem Land in the Northern Territory, Australia. My ambition at present is to help the disadvantaged adults & children in this small Aboriginal community. As i have always done, i use sport and Triathlon in particular as a vehicle to motivate and drive people to reach higher aspirations in life. Education here is secondary to teenage culture and it is difficult for a child to think beyond their next opportunity for excitement.

Began triathlon in 1982 with the first Nepean Triathlon at Penrith, NSW. The next major race was in the first Australian Championships in Frankston, Victoria. Than in 1985, i competed in and completed the first Foster Ironman. I began coaching young athletes in 1987. I have coached juniors to National Champions and seniors to World Champion's. I have been the assistant coach at Triathlon NSW and also coached at National Development Junior Camps.I am Level 2 Triathlon Coach, Level 2 Athletics Coach, Level 1 Strength & Conditioning Coach, Level 1 Boxing Coach,Level 1 Premiership winning Women's Rugby Coach, Level 1 Rugby League Coach (first grade to juniors). I have also coached Cycling, Touch & Basketball although i have let my accreditation lapse in these sports. I have also coached National Champions in Cycling & Athletics.