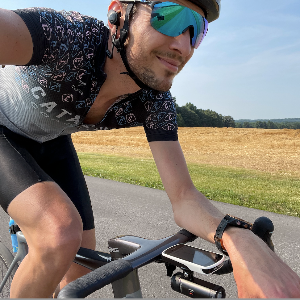 Johann van Zyl Catalyst Coaching
Have a Question? - Contact Me Contact Me
Coach Summary Meet Your Coach Contact
Coach Summary
Refund Policy
Plans are protected by our Refund Policy and may, with the author's approval, be exchanged for a plan of equal value from the same author.
Location

After a successful racing career, Johann is excited to share his experiences and knowledge gained racing as a WT Cyclist through coaching. Improving athletes goes beyond just looking at power files but also includes close attention to recovery, nutrition, equipment, and racing strategy. This attention to detail and constant urge to seek improvement, beyond just riding the bike, but by working on the complete lifestyle of being a professional athlete is what sets Johann apart from other coaches.

Since starting his coaching career Johann has coached his athletes to National Titles, victories at America’s most prominent stage races such as Joe Martin, Killington, GMSR, as well as the highly competitive gravel racing scene.

Johann started cycling at the young age of eight years old. He instantly fell in love with the sport and from the beginning had his sight on becoming a professional cyclist. On his way to his first professional contract in 2013 with Team MTN-Qhubeka, he went on to win multiple National Titles on the Road and Track. Johann has participated in the World Cycling Championships on four separate occasions and claimed his first professional victory as a neo-pro at Tour of Rwanda. He has a solid reputation as a valuable domestique in the peloton with multiple personal results to back his ability.

While racing, Johann worked closely with top-level coaches to find every possible percentage where performance could be improved. Improving athletes goes beyond just looking at power files but also includes close attention to recovery, nutrition, equipment, and racing strategy.