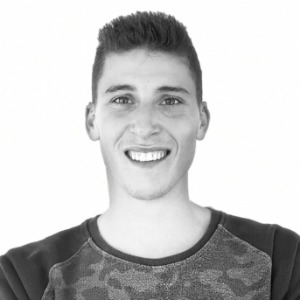 João Miguel Mansos João Mansos
Have a Question? - Contact Me Contact Me
Coach Summary Meet Your Coach Contact
Coach Summary
Refund Policy
Plans are protected by our Refund Policy and may, with the author's approval, be exchanged for a plan of equal value from the same author.
Location

Professional Triathlete and Personal Trainer from Portugal.
I'm part of the Portuguese National Triathlon Team, and race across the world on the ETU/ITU circuit.

It all started when I was a little 3-year-old boy, influenced by my brother who started swimming due to health issues, my parents signed me up for baby swimming classes at Clube Lisnave, the club which later on, when I was 7/8 years old, welcomed me in its swimming academy.

I have always had a hard-working mentality, a lot of energy to burn, and the ability to care for others which looking back enabled me to develop a very positive momentum and made me one of the most promising swimmers on the team.

My obsession with training alongside the ambition to become a better athlete, made me try other sports. I started with running (racing cross country school events). Then I went to a Triathlon talent search event, sponsored by the Portuguese Triathlon Federation, which I ended up winning. This was the trigger behind my Triathlon journey.

I found a new reality, a different level of intensity, higher training volume a more competitive training group, gained an immense positive momentum which developed my athletic ability and enabled me to achieve, right in the first season, the dream of racing with the Portuguese National team colors, and become National Champion.

I am different for everything stated above, for my resilience, passion for training but as well for my professionalist. I am methodical not only with with my training but also diet, rest regimes and am undoubtedly sure these have been the foundations of my achievements in my, still short, career.