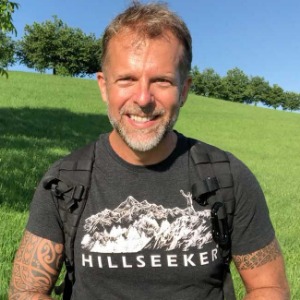 Jeff Grant Hillseeker Fitness GmbH
Have a Question? - Contact Me Contact Me
Coach Summary Meet Your Coach Contact
Coach Summary
Refund Policy
Plans are protected by our Refund Policy and may, with the author's approval, be exchanged for a plan of equal value from the same author.
Location

Jeff Grant is a coach, ultra-endurance athlete and a hillseeker in all walks of life. While his primary mission now is coaching both athletes and people making the key lifestyle transformation to healthy living, Jeff has lived out a series of adventures since making his own transformation in the mid-90s.

This includes finishing 5 ultra-distance triathlons, including the 2000 Ironman World Championship in Hawaii and the 2007 Inferno in the Swiss Alps. He has also completed numerous marathons and ultra marathons, including a top-50 overall and second-place American finish in the 2008 Marathon des Sables 155 mile run in the Sahara Desert and a 37-hour, 100-mile Ultra Trail du Mont Blanc race in Chamonix, France in 2009. Jeff's ultimate test of mental toughness was completion of the U.S. Navy SEAL-inspired SEALFit Kokoro Camp in 2010. The Kokoro Camp is a grueling 50-hour crucible that tests a warrior athlete's fitness and mental toughness to the extreme.