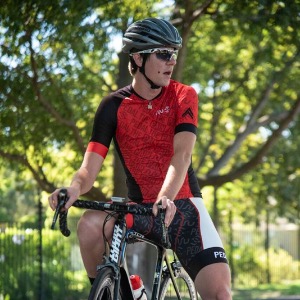 Jarred Salzwedel Cycle Dynamic Coaching
Have a Question? - Contact Me Contact Me
Coach Summary Meet Your Coach Training Plans Contact
Coach Summary
Refund Policy
Plans are protected by our Refund Policy and may, with the author's approval, be exchanged for a plan of equal value from the same author.
Location

We offer personalised and interactive coaching utilising our evidence based approach in combination with the latest knowledge and techniques in the sports science and coaching fields to build your individual performance plans.

Our coaching plans are individualised and designed to target areas where the biggest performance improvements can be made.

Jarred Salzwedel completed his Honours degree in Sports Science at the Nelson Mandela University in 2013. He is currently continuing his postgraduate work with his Masters degree at NMU and is investigating training adaptations to differing high-intensity interval training programmes in cyclists.

Jarred has also lectured Coaching Sciences for the Human Movement Science Department at NMU and worked as a physiology consultant for the NMU High Performance Complex.

He has raced both on the road and track at a National level in the Junior ranks which led to his interest in the science behind training and conditioning, as well as his passion to help athletes optimise their performance.

Jarred's sports science background has provided him with the scientific and applied knowledge to optimise training prescription, periodisation, strength and conditioning and athlete development, which ultimately, will optimise your performance. He has helped guide numerous cyclists and triathletes to National and International success utilising this knowledge.