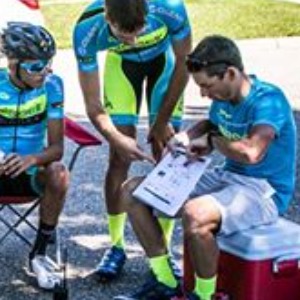 Jacob Paul Rytlewski FasCat Coaching
Have a Question? - Contact Me Contact Me
Coach Summary Meet Your Coach Training Plans Contact
Coach Summary
Refund Policy
Plans are protected by our Refund Policy and may, with the author's approval, be exchanged for a plan of equal value from the same author.
Location

Sport Types
Services
Athlete Requirements
A person who has a goal or an achievement they would like to make.
Meet Your Coach

A FasCat coach who has learned through 8 years of experience as a pro racer. Offering Power Based Training for Cycling most specifically for road cyclists, mountain bikers & cyclocross racers

Coach Jake grew up racing in Michigan as a junior doing local training races against Tour De France racer Frankie Andreu. Knowing he also wanted to be a pro, he accepted a cycling scholarship to Marian University. While at Marian he went on to win the Midwest Collegiate Cycling Conference 4 years in a row, finished 2nd at Collegiate Road Nationals in 2005, spent a summer racing in Belgium, accepted his first pro contract with the Advantage Benefits Cycling Team, and all the while earned a degree in Sports Management.

Throughout his pro career he has won multi day stage races along with being top 10 in USPRO crit championships and top 20 in USPRO road championships multiple times. Competed in races such as Tour of California, Tour of Missouri, An Post Ras, and Tour of Taiwan.

During his racing career he picked up coaching athletes after discovering the excitement of the science behind power training. He also spent a year as an assistant coach at his alma mater Marian College coaching athletes on the track and the road. Jake has moved his focus from being a pro bike racer to a pro cycling coach.