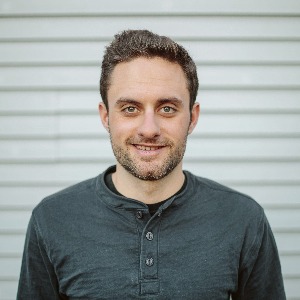 Jacob Rathe Rathe Athlete Development
Have a Question? - Contact Me Contact Me
Coach Summary Meet Your Coach Contact
Coach Summary
Refund Policy
Plans are protected by our Refund Policy and may, with the author's approval, be exchanged for a plan of equal value from the same author.
Location

I have been a coach since 2017. I love the problem solving required, from training plan, to racing tactics, psychology and nutrition. Everyone can find success in the sport of cycling with the right combination of Preparation, Instinct, Mindset, and Luck.

I had an unexplainable draw to the bicycle at a young age. The rush I felt racing around the backyard as a child was the beginning of a long partnership with two wheels. I started competing with vigor at age 13. I raced everything that was available in Portland, OR - Road, track, cyclo-cross, and mountain biking. I earned national championship medals in 3 disciplines by age 16, before I specialized in road racing. From then cycling was a magical ride that took me to countless countries and several continents. My career was characterized by a few moments of success and periods of setback.

I realized I had a future in the sport in 2011 when I rode into the Roubaix Velodrome in 3rd place in the U23 Paris-Roubaix. The race had possessed me for years. That day was a special combination of preparation, mindset, instinct, and luck.

I am fortunate that I could quit professional cycling and still love the bicycle. It is still an outlet to compete, adventure, escape, and socialize. The bicycle is capable of taking you on an exceptional journey with every emotion. Let’s go.