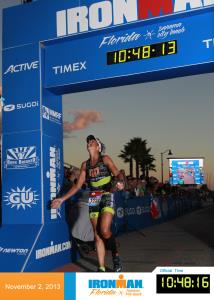 Jennifer Reinhart Reinhart Racing
Have a Question? - Contact Me Contact Me
Coach Summary Meet Your Coach Contact
Coach Summary
Refund Policy
Plans are protected by our Refund Policy and may, with the author's approval, be exchanged for a plan of equal value from the same author.
Location

I love coaching athletes for Triathlon! I have been coaching athletes for over 40 years. My focus the last 15 years has been in triathlon; sprint to Ironman distances. Thru Reinhart Racing I coach local athletes via Training Peaks and weekly group workouts. Reinhart Racing also provides individualized training for clients outside of the Austin area or local athletes with inflexible work schedules. Whether it is your first triathlon or your 100th, I can help you achieve your goals!

Jennifer began her triathlon career way back in 1985, as a continuation of her lifelong career as a swimmer. She began competitive swimming at the age of 4 and swam competitively through her college years at Purdue University. From her teenage years through early 20’s, Jen coached numerous youth swim teams. Jen holds a degree in Chemical Engineering from Purdue.
After a dozen years as an engineer and 3 children, Jen returned to the sport of triathlon as a competitor and a mentor to women new to the sport. After mentoring dozens of women for Danskin Womens Series, she found that she really enjoyed the rewards of coaching. Jen has coached for Austin companies, Texas Iron & Tri Zones Training in swimming and triathlon for the past 15 years. She is a USAT Level I Triathlon Coach and a USMS Level II Coach
Jen has competed at all distances of triathlon from Sprint to Ironman, frequently placing in the top of her age group. She has participated in over two hundred triathlons, including 21 Ironman races, seven times at the World Championships in Hawaii! Her favorite distance is the Half Iron distance.