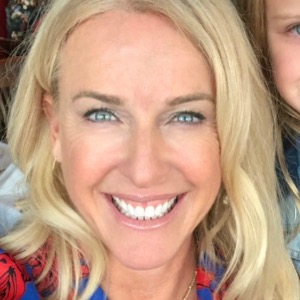 Hollie trains athletes of all ages and levels. Her niche is having an athlete get to know themselves well without relying on heart-rate monitors, power meters, etc. With 25 years of coaching experience, she continues to train athletes throughout the world to meet their goals. Hollie finds tremendous satisfaction in watching and helping her athletes in their sport and accomplishing their goals.

Hollie Kenney is the Head coach for Gold Stars Swimming, Masters swim coach at Red Giants, Head trainer for the Team Beef and Wild Basin Fitness and a Triathlon coach. She swam competitively in her early years and moved on to Cross County, Indoor Track and Track and Field at Dulaney High School. She was the first athlete ever to graduate with 12 varsity letters. In addition, she earned 16 county titles, was runner up in the State championships 3 consecutive years and placed second at the Cross Country Nationals in '88. In 2005, she was inducted into the Dulaney Hall of Fame. After HS, Hollie went on for another 12 varsity seasons at Duquesne University where she broke the school's mile record (4:54.11). During her freshman year in college, she signed up for her first triathlon (Baltimore Bud Light 1991) and finished 3rd in her age group. The former Head Cross Country, Track and Assistant Swim coach at the Johns Hopkins University, Hollie is now a 19 time All American and former Professional Triathlete. 7 time Ironman finisher, which includes 2 podium finishes at the Ironman Hawaii World Champs, a top 5 at Ironman Lake Placid and winner of over 45 triathlons world wide. Hollie was also Austin Fit's Top 10 Fittest people in '11, maintains 2 USMS top 10 records. She is raising daughter Montannah, who has won 12 tris, ranked swimmer and is the youngest female ever to summit Mt. Kilimanjaro (World record). She was Sports Illustrated's athlete of the month in Jan/Feb '19.