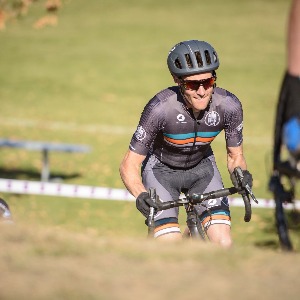 One on one cycling coaching and training plans designed to help you reach your goals!

Terry began his coaching career the way many coaches do, pursuing it as a part time hobby. Exploring his passion by coaching a small group of close friends allowed Terry to hone his coaching skills and to develop the science based approaches to training and racing that are the hallmark of his coaching style. Now a full time coach, Terry is living the dream, helping athletes get faster and dorking out about endurance training for a living!

Terry’s greatest area of strength is the dedication he brings to his One on One coaching clients. Helping his clients achieve their goals is Terry’s driving passion and motivation for coaching.

Originally from Missouri, Terry moved with his wife and two dogs to Colorado in 2016. Terry is a member of the Denver elite amateur team FULL SEND RACING, and competes in local and national criteriums, road races, and time trials as well as the occasional cyclocross race.

Preferred Athlete Levels
Beginner, Intermediate, Advanced
Training Plans
Showing 3 of 5 plans View all plans
Plan Level Guarantee
Plans are protected by our Refund Policy and may, with the author’s approval, be exchanged for a plan of equal value from the same author.
View all plans
Have a question? Contact me.