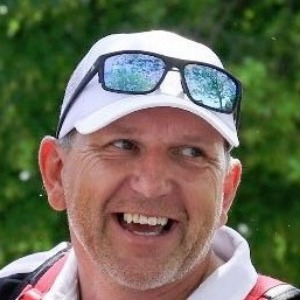 Gerald Dygryn GDT - General Development of Training
Have a Question? - Contact Me Contact Me
Coach Summary Meet Your Coach Contact
Coach Summary
Refund Policy
Plans are protected by our Refund Policy and may, with the author's approval, be exchanged for a plan of equal value from the same author.
Location

Born 1969 in Vienna, Austria I started my career as a swimmer and changed to triathlon at the age of 18. Soon I had to learn a lot of a totally new sport and got interested in coaching. I completed the Austrian trainer license in swimming as well as in triathlon and started to work for the Austrian Triathlon Federation (ÖTRV), where I became sporting director at the age of 35. I am glad to mention, that Kate Allen won the olympic gold medal for Austria 2004 in Athens during my time in this position. A year later I started my own business. GDT - general development of training was founded.
A lot of national and international victories followed by athletes that I've coached.
We started to transform the high standard knowledge of coaching elite athletes to the usage for age group athletes in swimming as well as in triathlon.Today our company is supported by well educated coaches. Your goals are our inspiration.