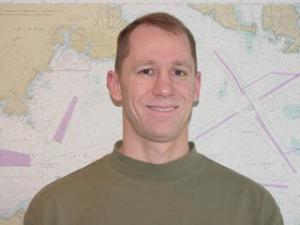 Dan Frost MP Multisport
Have a Question? - Contact Me Contact Me
Coach Summary Meet Your Coach Contact
Coach Summary
Refund Policy
Plans are protected by our Refund Policy and may, with the author's approval, be exchanged for a plan of equal value from the same author.
Location

I look forward to helping individuals and groups define and achieve their triathlon ambitions. I am available for both hands-on training or group presentations in Northern Colorado as well as remote coaching through telephone and e-mail consultations.

As both an ex-professional triathlete and a retired U.S. Navy flight officer, I understand the unique demands of working people who want to improve their triathlon skills and achieve lofty goals.

After a flying career with over 380 carrier landings, I worked my way up through the age-group triathlon ranks to race in Kona and earn a pro triathlete license at age 37.

I am a MP Multisport coach based in Fort Collins CO, serving as a personal coach for a full spectrum of athletes from novices, to sub-2hr Olympic-distance triathletes, to half-/full-distance athletes. MP Multisport (www.mpmultisport.com) focuses on your personal achievement in the context of the athlete-coach relationship. My sub-specialty at MP Multisport is coaching active-duty and veteran military servicemembers in affiliation with U.S. Military Endurance Sports and Team Red, White and Blue. I also coach the triathlon team at the U.S. Air Force Academy and previously coached triathlon at Colorado State and Pepperdine University.

As an 20-year insider to the sport, I officiate in the World Triathlon Series, and continue to race frequently throughout the world, winning the 2010 Silverman Iron-distance triathlon (overall amateur) and the 2008 Strawberry Fields Olympic-distance triathlon.