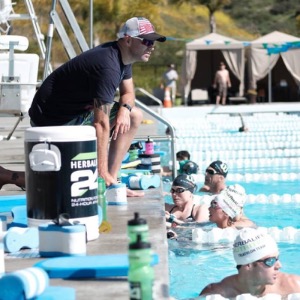 Robert Flanigan Black Dragon Racing
Have a Question? - Contact Me Contact Me
Coach Summary Meet Your Coach Contact
Coach Summary
Refund Policy
Plans are protected by our Refund Policy and may, with the author's approval, be exchanged for a plan of equal value from the same author.
Location

Coach Flanigan’s performance driven coaching approach is science focused with the understanding that no two athletes are the same (genetics, resources, time, etc) and therefor an artful blending of science and reality are needed to create each athletes development plan. Athletes are not the same, so neither should their plans.

Coach Flanigan (Flanny) is a Virginia-based Endurance Sports Coach with over 25 years of experience in the endurance sports arena.
After a successful collegiate running career, Flanigan immersed himself in multisport finding successes at all distances but truly loving the long course racing (70.3 PR - 4:12, 140.6 PR - 9:38). Being a student of the sports he competed in, Flanny quickly found himself drawn to the educational and developmental side of the sport and launched his first coaching business in 2009. Since that time, Coach Flanny has become a sought after developmental coach of professionals, elites, and amateurs throughout the United States and Canada.

In addition to his coaching, Flanigan also is a Certified F.I.S.T Bike Fitter, Team Owner and Director (Team Wattie Ink and Team GQ-6), and director of Training Camps in Costa Rica, California, Oregon, Florida, Virginia, and soon Hawaii. His commitment to excellence is seen in the results of his athletes, teams, and camp attendees.