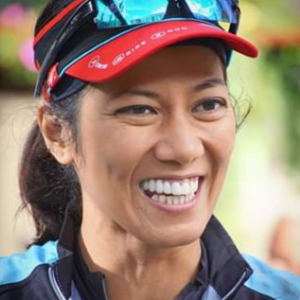 Shangrila Rendon Feisty Fox Coaching
Have a Question? - Contact Me Contact Me
Coach Summary Meet Your Coach Contact
Coach Summary
Refund Policy
Plans are protected by our Refund Policy and may, with the author's approval, be exchanged for a plan of equal value from the same author.
Location

Are you done 'just finishing' your races? Let's get you to the next level.

I was a non-runner, non-cyclist and non-swimmer at 24. As an adult, I didn't have a bike, was afraid of water and didn't know how to swim until the age of 29. I've had horrible past - PTSD, severe depression, child abuse, alcohol addiction eating disorder...

With the help of great coaches, at 34 years old & after:

I know how to go from zero to the highest levels of performance and coach others to get there. I've been coaching for almost 10 years & every year my athletes successfully reach their targets to finish Ironman, Double Century rides, qualify for Boston or USAT nationals, reach PR, recover from sports injuries, learn how to swim or take 30 mins off their Ironman swim time...

My coaching method is data- & result-driven while still maintaining a balanced life, with no injuries & in good health. Let's talk & see if I'm the right coach to help you get to your goal.