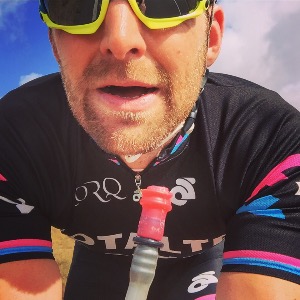 Ed Beech edbeech Triathlon Coaching
Have a Question? - Contact Me Contact Me
Coach Summary Meet Your Coach Coach Package Pricing Training Plans Contact
Coach Summary
Refund Policy
Plans are protected by our Refund Policy and may, with the author's approval, be exchanged for a plan of equal value from the same author.
Location

I am a IRONMAN & British Triathlon Federation Certified Coach based in Shrewsbury, Shropshire. Having been a coached athlete myself I know how important the Athlete / Coach relationship is and how being coached can help take you to the next level.

In 2010 I was somewhere between 17 & 18 stone in weight and I decided things needed to change. So I cut out the junk food and started walking and swimming before work, I always enjoyed cycling when I was younger so I decided to add cycling into my new regime. As the weight continued to drop off a friend of mine suggested I joined a local running club where he was a member of, this was about the time of the London Olympics where I saw triathlon on the TV for the first time. Realising I was doing all three disciplines I decided I was going to enter my first tri (Hereford Sprint 2013) and I have not looked back.
Since that first Triathlon in 2013 I have succesfully completed many Triathlons from Sprint all the way through to Iron distance. The highlights being 5 half ironman finishing in sub 5 hours, and this year adding IRONMAN Nice to the list.

With my interest and knowledge growing in Triathlon the next obvious step was to become a coach. I decided to dip my toe into coaching when i completed my British Triathlon Level 1 qualification and started regularly assisting at club sessions.
Since then I have also completed my Level 2 qualification and am now currently heading up the run side of the club.
I have been working towards my next coaching qualification and I am pleased to say I have qualified as a IRONMAN Certified Coach.

Preferred Athlete Levels
Beginner, Intermediate, Advanced
Coach Package Pricing
Training Plans
Showing 3 of 11 plans View all plans
Plan Level Guarantee
Plans are protected by our Refund Policy and may, with the author’s approval, be exchanged for a plan of equal value from the same author.
View all plans
Have a question? Contact me.