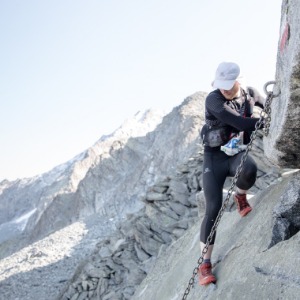 Doug Stewart TMR Coaching
Have a Question? - Contact Me Contact Me
Coach Summary Meet Your Coach Coach Package Pricing Training Plans Contact
Coach Summary
Refund Policy
Plans are protected by our Refund Policy and may, with the author's approval, be exchanged for a plan of equal value from the same author.
Location

Sport Types
Services
Athlete Requirements
Get in touch to discuss your training requirements.
Meet Your Coach

TMR Coaching are here to help you reach your goals in endurance events. We offer bespoke coaching packages and training plans for some of the toughest events on the planet.

Doug is an experienced endurance coach who brings academic knowledge and scientific rigor to bespoke coaching and training plans.

He works with professional and non-professional athletes, helping pros achieve wins and podiums on the UTMB World Series, including at the UTMB Mont Blanc, and to represent their countries in the Trail Running and Skyrunning World Championships. He’s helped triathletes qualify for the Xtri World Series final (Norseman) and Ironman 70.3 World Champs. He’s applied the same successful coaching approach to non-elite athletes, helping them achieve their goals at the UTMB, Marathon des Sables and other major races worldwide.

His coaching qualifications include TrainingPeaks Level 2 Certified Coach, British Athletics Coach in Running Fitness, UESCA Ultrarunning Coach, IRONMAN Certified Coach, Qualified Mountain Leader, and British Triathlon. Additionally, Doug has an MSc. Degree in Performance Coaching from the University of Stirling and is currently working towards his PhD at Loughborough University.

Doug’s completed some of the most iconic endurance events, including the UTMB, the Montane Winter Spine Race, the LaSportiva Lavaredo Ultra Trail, Grand Trail des Templiers and Transvulcania. He also loves Skyrunning and has finished the iconic Trofeo Kima, Glen Coe Skyline, Tromsø Skyrace, Limone Extreme and SkyRace des Matheysins. In triathlon, Doug has successfully finished Celtman, Swissman and Swedeman as well as Ironman and 70.3 triathlons.

Training Plans
Showing 3 of 74 plans View all plans
Plan Level Guarantee
Plans are protected by our Refund Policy and may, with the author’s approval, be exchanged for a plan of equal value from the same author.
View all plans
Have a question? Contact me.