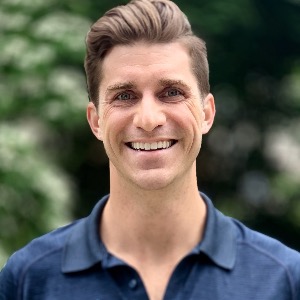 Derek Stone Milestone Racing, LLC.
Have a Question? - Contact Me Contact Me
Coach Summary Meet Your Coach Training Plans Contact
Coach Summary
Refund Policy
Plans are protected by our Refund Policy and may, with the author's approval, be exchanged for a plan of equal value from the same author.
Location

My endurance career began at the age of 13 and continued through college where I competed as a middle distance track athlete. During my collegiate career, I bested a 3:51 1500 meter run, was a 3x conference champion and 3x NCAA Championships qualifier. I first began competing in triathlons in 2006 and began coaching youth triathlons in 2010.
​
I qualified for the 70.3 Ironman World Championships during my first attempt at the distance in 2017 at Chattanooga and in 2019, I won the amateur race. By continually competing in triathlons in the surroundings areas, I have met a number of athletes that share the same passion and that has allowed me to engage with the triathlon community. As of 2019, I am fortunate to race alongside some awesome men on the Every Man Jack Triathlon Team.
​
Since moving to Nashville 4 years ago with my beautiful wife, my passion for the sport has grown even more and I am looking forward to developing and inspiring other athletes.

Preferred Athlete Levels
Beginner, Intermediate, Advanced
Training Plans
Showing 3 of 4 plans View all plans
Plan Level Guarantee
Plans are protected by our Refund Policy and may, with the author’s approval, be exchanged for a plan of equal value from the same author.
View all plans
Have a question? Contact me.