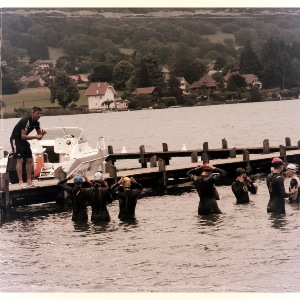 Dean Hughes endorphinsport
Have a Question? - Contact Me Contact Me
Coach Summary Meet Your Coach Coach Package Pricing Contact
Coach Summary
Refund Policy
Plans are protected by our Refund Policy and may, with the author's approval, be exchanged for a plan of equal value from the same author.
Location

Sport Types
Services
Athlete Requirements
Any athlete that will provide regular feedback on all training sessions and especially at the end of the week. Be honest and focused on working towards their goals with me.
Meet Your Coach

'Sporting achievements gives us personal validation in a world where we are a number. No matter how fast or slow your time, each person’s sporting goals means something. To you and to me as your coach.'

Level 3 British Triathlon Coach and British Cycling Coach gaining various coaching/personal training qualifications from 25+ years of experience in the health and fitness industry working with organisations as British Triathlon Federation (full time coaching position), British Cycling (full time coaching position), David Lloyd and the British Army as a Physical Training Instructor.
​
Throughout this experience Dean has coached individuals and groups of various ages and ability to achieve their goals; from swimming a first length of front crawl, completing a novice distance triathlon to achieving qualification for age groups World Championships at all distances.

Competing: As an athlete he has competed in all triathlon distance including Ironman, various marathons (sub 3 hours), ultra-marathons, duathlons, adventure races and has represented GB at the Age Group World Championships. Dean has also competed in the Marmotte 5 times, his personal best achieving a very respectful time of just over 7 hours.​

Preferred Athlete Levels
Beginner, Intermediate, Advanced
Coach Package Pricing
*You will only be charged the $99 startup fee today. Monthly billing will begin after TrainingPeaks connects you with your coach.
Have a question? Contact me.