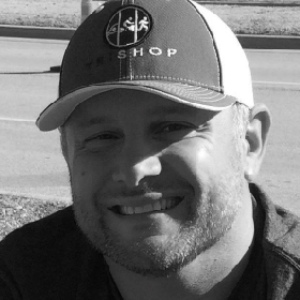 Dave Jimenez Octane Athletics
Have a Question? - Contact Me Contact Me
Coach Summary Meet Your Coach Training Plans Contact
Coach Summary
Refund Policy
Plans are protected by our Refund Policy and may, with the author's approval, be exchanged for a plan of equal value from the same author.
Location

Dave Jimenez is a USA Triathlon & IRONMAN Certified Coach & is the founder & head coach of Octane Athletics Training Systems, an endurance coaching firm based in Texas. Dave is a two time IRONMAN & a Boston Marathon finisher. Octane centers everything they do on three principles...TEAMWORK | OPTIMISM | POSITIVITY. Dave is a community-minded coach, delivering over 20 free endurance seminars & clinics per year & sharing his knowledge on the Octane Athletics Fuel Your Fire Podcast.

Dave's passion for coaching is driven by his own journey to health and wellness through running and triathlon. After college, career responsibilities got in the way of health and Dave fell into a mostly sedentary lifestyle. Before too long, Dave had gained a substantial amount of weight and became unhealthy. After a health scare in 2007, Dave began running and never looked back, losing 65 lbs. During that process, he has learned so much and has completed things he never thought possible for himself. Now he helps people do the same for themselves.

Dave competed in competitive sports since the age of 5, playing Lacrosse, Basketball, Baseball and Football, which he played through high school and into college. After his football career ended, Dave stayed active through college in intramural sports and boxing. Dave began coaching youth football, basketball and baseball in college and began coaching endurance athletes in 2010 when he volunteered to coach a local group of Team RWB members working toward completing their first half marathon. Since that time, Dave has partnered with dozens of athletes that have completed everything from their first 5k to their best IRONMAN and everything in between.

Preferred Athlete Levels
Beginner, Intermediate, Advanced
Training Plans
Showing 3 of 11 plans View all plans
Plan Level Guarantee
Plans are protected by our Refund Policy and may, with the author’s approval, be exchanged for a plan of equal value from the same author.
View all plans
Have a question? Contact me.