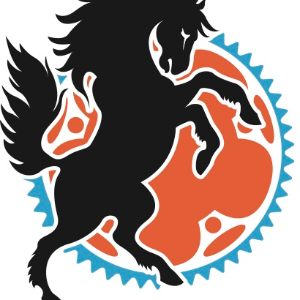 Steve Johnson Dark Horse Triathlon
Have a Question? - Contact Me Contact Me
Coach Summary Meet Your Coach Training Plans Contact
Coach Summary
Refund Policy
Plans are protected by our Refund Policy and may, with the author's approval, be exchanged for a plan of equal value from the same author.
Location

Individualized high performance training for triathlon and endurance sports that fits your schedule and your needs as an athlete, parent, spouse or employee. Programs are tailored to your schedule, level of time commitment, ability, etc.

Dark Horse Triathlon was founded by head coach Steve Johnson. Since the age of 7, Steve has been actively and competitively participating in sport.

From competing for a spot on the USRowing National Team, repeatedly qualifying for and finishing the Boston Marathon or participating in several ITU age group world championships and the Hawaii Ironman in triathlon, Steve has never found himself far from athletic success.

Thirteen years ago, Steve left the corporate advertising world and initially turned his attention to coaching collegiate rowing at Northwestern University in Evanston, IL. His teams there quickly rose to prominence amongst collegiate club teams and won medals at prestigious races such as the Dad Vail Regatta and Head of the Charles Regatta.

He has since left the rowing world behind and has been competing and coaching athletes in endurance running and triathlon. Steve has coached athletes from 5K first-timers to Hawaii Ironman podium finishers and everyone in between.

My "philosophy" is to get athletes as fast as possible given their available time commitment and their unique athlete profile. I will say however, that there is no substitute for consistent training from year to year and generally speaking, more is more - given the appropriate progression and skill development process for each athlete.

Preferred Athlete Levels
Intermediate, Advanced, Professional
Training Plans
Showing 3 of 3 plans View all plans
Plan Level Guarantee
Plans are protected by our Refund Policy and may, with the author’s approval, be exchanged for a plan of equal value from the same author.
View all plans
Have a question? Contact me.