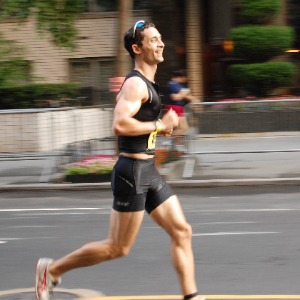 Darian Silk Team Atomica
Have a Question? - Contact Me Contact Me
Coach Summary Meet Your Coach Training Plans Contact
Coach Summary
Refund Policy
Plans are protected by our Refund Policy and may, with the author's approval, be exchanged for a plan of equal value from the same author.
Location

Sport Types
Services
Athlete Requirements
An athlete should be ready to learn, ask questions, communicate and try their best.
Meet Your Coach

Darian Silk is a coach for Team Atomica coaching and consulting – one of Toronto’s largest and most dynamic endurance training clubs. He has been coaching endurance athletes since 2006. His online programs include full-service coaching, video analysis of swimming and running as well as training plan design and consultation. For those located in the Toronto area he offers 1-on-1 and group coached swim and run programs as well as in-person swim video analysis.

Darian Silk completed his first triathlon in 1997 and has been involved in endurance sports ever since. He has received undergraduate and graduate degrees in exercise physiology and was a member of the USATriathlon Elite Coach Mentorship Program at the US Olympic Training Center in Colorado Springs. Darian is also a certified Clinical Exercise Physiologist.
Darian has coached athletes of all ability levels, ranging from a top-10 performer at the 2019 Pan Am games to athletes trying out their first sprint triathlon. From 2007-2013 he was the coach of the Columbia University Triathlon Club in Manhattan, NY where he helped the club win 6 consecutive Ivy-League Triathlon Championships.
Darian believes in a collaborative approach to coaching. Coach-athlete collaboration, combined with honesty, hard work and open communication on both sides of the relationship is the key to long-term athlete success.
Darian currently coaches for Team Atomica Performance in Toronto, Ontario.

Preferred Athlete Levels
Beginner, Intermediate, Advanced, Professional
Training Plans
Showing 3 of 7 plans View all plans
Plan Level Guarantee
Plans are protected by our Refund Policy and may, with the author’s approval, be exchanged for a plan of equal value from the same author.
View all plans
Have a question? Contact me.