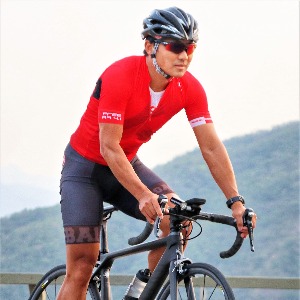 Kenji LEUNG ZERO1Sports
Have a Question? - Contact Me Contact Me
Coach Summary Meet Your Coach Contact
Coach Summary
Refund Policy
Plans are protected by our Refund Policy and may, with the author's approval, be exchanged for a plan of equal value from the same author.
Location

Cycling coach "Kenji Leung" was a Hong Kong National Cycling Team rider from 1995-2005 & 2009 where he competed in the Asian Games, All China Games and World Championships B before turning Pro.
Kenji continues to race competed in Asia and Europe on the Pro circuit. From 2004-2009 he was a member of the” Discovery Channel Marco Polo Team” for several seasons, and is currently racing with the Belgium Profel Continental Team.