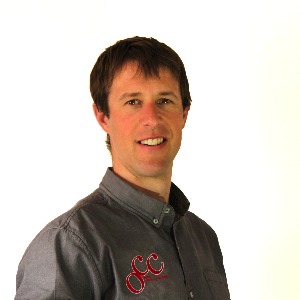 Paul Odlin Odlin Cycle Coaching
Have a Question? - Contact Me Contact Me
Coach Summary Meet Your Coach Contact
Coach Summary
Refund Policy
Plans are protected by our Refund Policy and may, with the author's approval, be exchanged for a plan of equal value from the same author.
Location

Odlin Cycle Coaching offers cycle coaching and mentoring for competitive, fitness and health goals. I use a holistic approach to guiding you to fulfil your cycling potential. This is achieved through one on one coaching off the bike and group rides with your coach.

Paul first started competitive road cycling in 1999 while studying Physical Education at University of Otago. He graduated in 2001 with first class honours (Exercise Prescription) and has since trained as a Secondary School Teacher and Cycle Coach (BikeNZ Level 1). All the while Paul has competed successfully in national and international road cycling events gaining recognition as a top domestic road cyclist.

Paul currently runs his own business - Odlin Cycle Coaching (www.christchurchcyclecoaching.co.nz), which is aimed at coaching and mentoring beginner to elite level cyclists to achieving their potential. His services provide one-to-one personal mentoring, internet-based individualised programmes, and riding with his athletes in group rides.