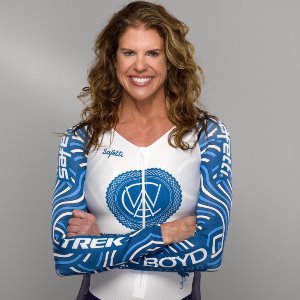 Kimberly Pettit kimmygotlegs coaching
Have a Question? - Contact Me Contact Me
Coach Summary Meet Your Coach Contact
Coach Summary
Refund Policy
Plans are protected by our Refund Policy and may, with the author's approval, be exchanged for a plan of equal value from the same author.
Location

I started coaching for Walden School of Cycling in the early 90's and continued cycling clinics and camps for groups and teams throughout the years. I still love helping cyclists pursue their dreams and getting them to be their very best! I coach beginner levels all the way up to Cat 1 racers trying to move up to the professional level. I also offer and help with nutritional counseling, as well as strength training, and racing advice and strategy for individuals and teams.

A former professional cyclist in the 90s racing throughout the United States, Europe, and Down Under. I received a B.S. degree from the University of Oklahoma in dental hygiene before pursuing triathlons and bike racing.
I was noticed and coached by Mike Walden of the Wolverine Sports Club who had coached multiple Olympic athletes. I then coached at Walden School of Cycling in Orlando and Texas for 7 years while pursuing my goal of the 1996 Olympics. During the Olympic Trials, I suffered a heat stroke and had to be life-flighted which curtailed my dreams of an Olympic berth. I then had 2 boys , Pierce and Price, now 19 and 21 years of age.
I got back into cycling in the fall of 2013 because of cyclocross and then started racing road again shortly after. Since then, I have 2 masters World Championships on the track and 18 Nationals on the road, track, cyclocross and mountain bike. I'm still racing full time for Capital Wealth Advisors pb Trek, while my oldest is at Northwestern University and my youngest is at Colorado State University. I live in Tulsa and besides coaching cyclists, I also am a personal trainer and health and wellness coach.