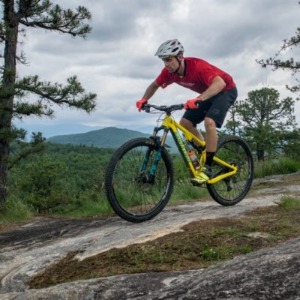 Colin Izzard CTS
Have a Question? - Contact Me Contact Me
Coach Summary Meet Your Coach Training Plans Contact
Coach Summary
Refund Policy
Plans are protected by our Refund Policy and may, with the author's approval, be exchanged for a plan of equal value from the same author.
Location

Sport Types
Services
Athlete Requirements
Willingness to give 100% and desire to improve!
Meet Your Coach

I have been a full time strength and endurance coach since 1998. Along the way I have worked with athletes of all levels and disciplines in cycling, swimming and motorsports. Since 2007 I have also focused greatly on development of gravity based mountain bike athletes and enduro riders. Many of whom finding success at the highest levels of national and international competition.

I graduated from Syracuse University in 1998 with a BS in Exercise Physiology and Biomechanics. After a short play with Physical Therapy schooling while coaching at Niagara University for the swimming team and strength and conditioning programs; I decided that I wanted to coach full time. From there I have served as the Head Coach for USA Swimming Teams as well as working at UNC Chapel Hill as a swimming and strength coach. In the early 2000’s I was racing semi-professionally off-road and coaching some cycling athletes and came across CTS and their internship programs. From there as they say the rest is history. I have worked for CTS ever since. I still love helping newer to the sport athletes get started and learn as well as finding that 1% needed to move up a step on the boxes for my professional athletes! It’s all a wonderful challenge and puzzle to piece together.

As a professional coach I find that there needs to be a marriage between technology and understanding of personalities. There needs to be a well rounded approach to coaching. The numbers mean little if you do not have a good working relationship between coach and athlete.

From a personal athletic standpoint I grew up swimming year round for USAS teams and eventually swimming at Syracuse University for four years. In the mid 90's I also began racing road and mountain bikes. I raced at a Semi-Pro level regionally and at the former NORBA National Series.