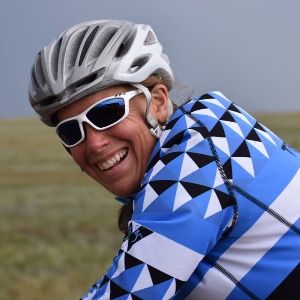 Kim Welk Team W Coaching
Have a Question? - Contact Me Contact Me
Coach Summary Meet Your Coach Coach Package Pricing Training Plans Contact
Coach Summary
Refund Policy
Plans are protected by our Refund Policy and may, with the author's approval, be exchanged for a plan of equal value from the same author.
Location

Each person that seeks to engage in a health and fitness journey participates for a different reason. Some are seeking a finish, some a PR in time and/or distance and others are out to experience something new that has been unattainable prior to now. As a coach, I customize training plans based on the person’s why. It is of extreme importance to analyze the why on a regular basis to ensure that the ultimate goal stays in sight. I embrace the journey one day and one step at a time.

Kim began her coaching career in 1993 as an assistant high school soccer coach while attending the University of Colorado and playing soccer for Women’s Club Program. She continued her involvement within the soccer community at various levels coaching players from youth through high school until 2007 as a Level C State Certified Coach. In 2008, Kim’s focus shifted from soccer to running when she became a mentor with the Kids Running America Ultra Distance and Marathon programs. Kim’s three daughters have been actively involved in this program and reached the finish multiple times.

In 2013, Kim decided to dream bigger by amplifying her own training goals. Since then, she has completed several half marathons, marathons, sprint and Olympic distance triathlons as well as Ironman 70.3 and Ironman 140.6.

Kim’s coaching programs are focused on assisting athletes of all ages in achieving cycling, running and triathlon goals while adopting a healthier lifestyle. She has completed her USAC3, epi Triathlon Coaching Certification, ACE Personal Trainer Certification and participates in continuing education to grow as the community grows.

Kim works side by side with her athletes and clients and encourages them to take one day and one step at a time. Ask Kim how to “Get Your Move On.”

Individual Services
Training Plans
Showing 3 of 18 plans View all plans
Plan Level Guarantee
Plans are protected by our Refund Policy and may, with the author’s approval, be exchanged for a plan of equal value from the same author.
View all plans
Have a question? Contact me.