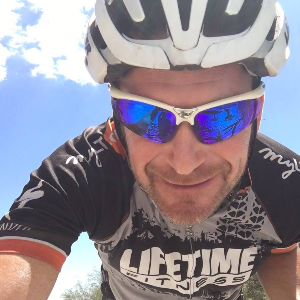 A leader in multisport endurance coaching since 1992, Coach Troy Jacobson has coached athletes of all levels from newbies to U.S. Olympians. Credited as an innovator in the coaching field, he created the Spinervals Cycling DVD training series, as well as the National Triathlon Academy Coaching group. A former pro triathlete with sub 9 hour Ironman Kona credentials, Coach Troy has the experience and passion to help you succeed. Formerly the 'Official Coach of IRONMAN from 2010-2012', and an IRONMAN U Master Coach, Troy is the Sr. National Director of Endurance Training for Life Time Fitness since 2008. Learn more at www.lifetimeendurance.com