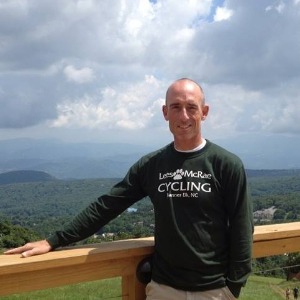 Coach Tim Hall CTH Performance
Have a Question? - Contact Me Contact Me
Coach Summary Meet Your Coach Training Plans Contact
Coach Summary
Refund Policy
Plans are protected by our Refund Policy and may, with the author's approval, be exchanged for a plan of equal value from the same author.
Location

I am in my 16th year as a collegiate cycling coach at Lees-McRae College. I work with athletes at all levels and ages of the sport. Athletes I have worked with have won 11 national championships, over 50 individual medals at nationals, and many teams on the overall team omnium podium at nationals.

Learn more about me and the plans I offer at www.cthperformance.com. Let's talk on the phone to find out how I can help you reach your goals. I am available by email, phone and text at any time.

Coach Tim Hall is a Level 1 USA Cycling certified coach and is in his 16th year of coaching in 2020. He began his coaching career in 2005 at Cumberland University in Lebanon, TN, and since 2013 has been the Director of Cycling/Head Cycling Coach at Lees-McRae College in Banner Elk, NC.

He is twice a graduate of Cumberland University with a Bachelor of Science in Business Administration (1995) and a Masters of Business (1997).

Coach Hall became a bicyclist in 1998 after a life-long devotion to baseball where he reached the professional level for four years from 1991-1995. Coach Hall’s collegiate cycling teams have placed on the team podium at nationals many times, which also includes 11 individual national collegiate champions.

Coach Hall has promoted over 100 cycling events throughout his career including all types of mountain bike, cyclocross, and road events, plus several bicycling charity events. Coach Hall believes the bicycle is a great tool for community service projects. He is an avid supporter of Ride for Reading to promote youth literacy and bicycle safety, and has raised nearly $100,000 for the veterans organization Team Red, White, and Blue.

A competitive racer since 2000, Coach Hall races as a Category 1 on the road, and Category 2 in cyclocross and mountain. Outside of cycling his hobbies include hiking, reading, coffee, and traveling. He is a native of Nashville, TN, and currently resides in Beech Mountain, NC.