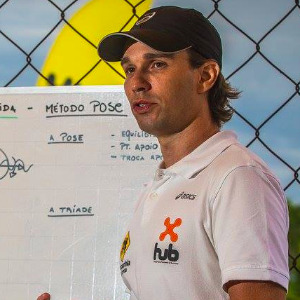 Ivan Razeira is Technical Co-ordinator of the Companhia da Corrida and HUB Training
Functional, he was a professional athlete of triathlon and a practitioner of the sport since 1993.
Graduated in Physical Education by UDESC worked with research in the Laboratory of Biomechanics of the college and has specialization in Sports Training.
In 2009 he participated in the training in POSE® Method of Racing with the creator of the
method, Dr. Nicolas Romanov in Boston / USA.
He guides triathletes and runners since 2006 and also works in the preparation area
physical athlete and personal trainner for the same period.