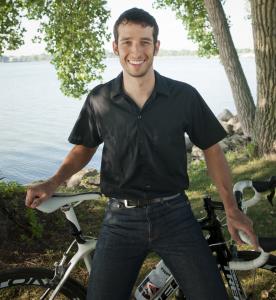 Jason Boynton, Ph.D. Boynton Coaching, LLC
Have a Question? - Contact Me Contact Me
Coach Summary Meet Your Coach Contact
Coach Summary
Refund Policy
Plans are protected by our Refund Policy and may, with the author's approval, be exchanged for a plan of equal value from the same author.
Location

Boynton Coaching's mission is to maximize the performance of amateur and professional level endurance athletes by combining the guidance of coaching with the research findings and philosophy of sport science. We cater to athletes that want to perform better in their competitive events, and also value learning more about the science and strategy behind their discipline.

Founder of Boynton Coaching, Jason Boynton, PhD is an Exercise and Sport Scientist, a USA Cycling level 1 certified coach, and an elite level cyclist who has been competing in endurance events since 2001.

Jason has been coaching endurance athletes since 2007. Applied science and critical thinking are the bases of his methodology. He is an analytical problem solver who thinks outside of the box. He also prides himself on the connection and communication he maintains with his athletes.

Additionally, Jason is a published researcher in the area of cycling performance. This role has given him extensive experience and insight working with athletes outside of coaching. He began his research journey with athletes in 2005 while completing his honors degree in Cell Biology & Physiology at the University of Wisconsin- Whitewater. He then went on to complete a Masters in Exercise Physiology at Eastern Michigan University where he studied under Professor and USA Cycling Faculty member Stephen McGregor.